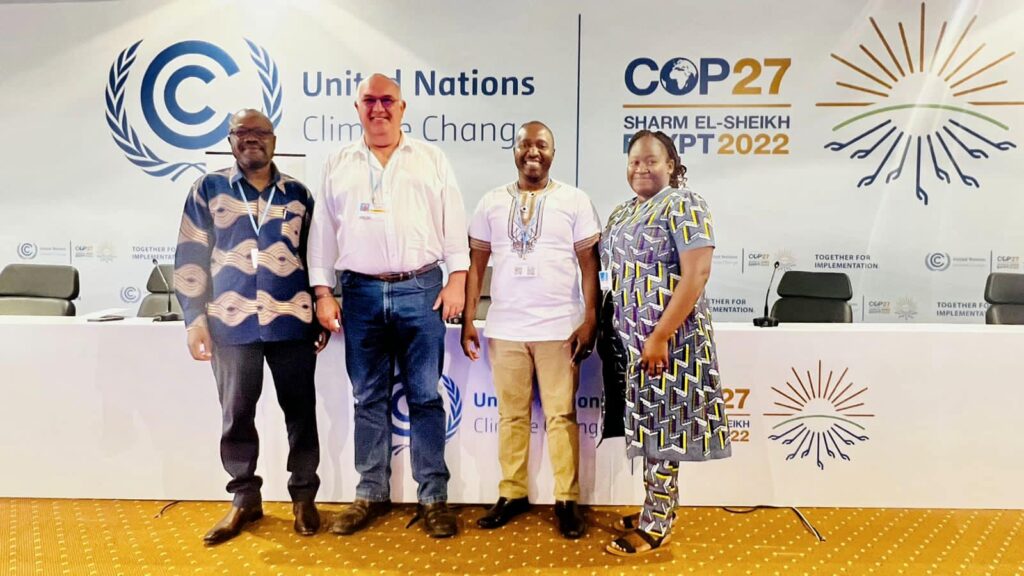 FANRPAN participated in the 27th United Nations Climate Change Conference (COP27), held from 6 November until 20 November 2022 in Sharm El Sheikh, Egypt, and ended with a breakthrough agreement on the New “Loss and Damage” Fund for Vulnerable Countries.

Food systems and agriculture were visible and high up the climate agenda at COP27 compared to previous COPs. The official COP program featured the first-ever food day, a demonstration of the importance of food systems transformation in achieving climate, nature, and development goals. Around 500 side events related to food systems took place, with four pavilions dedicated entirely to the sector.

There were consistent calls to increase the volume of climate finance for food systems, in particular for agriculture and adaptation. Several significant pledges of funds were made, including by the Bill & Melinda Gates Foundation who will invest at least $1.4 billion in the next three years to help the world’s poorest farmers adapt to climate change. IRENA, the World Bank, and other partners committed $1 billion towards renewable energy solutions in the agriculture, food, and health sectors. The United States will provide at least $100 million in climate-smart food system adaptation funding in FY 2022 and an additional $25 million to the African Union’s flagship Africa Adaptation Initiative. The US and other partners also committed $135 million to expand fertilizer and soil health programs in sub-Saharan Africa and in key middle-income countries outside the continent.

A summary of some of the other key outcomes of COP27 follows below.

Mitigation
COP27 significantly advanced the work on mitigation. A mitigation work program was launched in Sharm el-Sheikh, aimed at urgently scaling up mitigation ambition and implementation. The work program will start immediately following COP27 and continue until 2026 when there will be a review to consider its extension. Governments were also requested to revisit and strengthen the 2030 targets in their national climate plans by the end of 2023, as well as accelerate efforts to phasedown unabated coal power and phase out inefficient fossil fuel subsidies.

The decision text recognizes that the unprecedented global energy crisis underlines the urgency to rapidly transform energy systems to be more secure, reliable, and resilient, by accelerating clean and just transitions to renewable energy during this critical decade of action.

Delegates at the UN Climate Change Conference COP27 wrapped up the second technical dialogue of the first global stocktake, a mechanism to raise ambition under the Paris Agreement. The UN Secretary-General will convene a ‘climate ambition summit’ in 2023, ahead of the conclusion of the stocktake at COP28 next year.

Snapshot of other announcements: